Polyamines (PAs), low molecular mass polycations, are ubiquitous cell components that are essential for normal growth of both eukaryotic and prokaryotic cells. Most of the biological functions of PAs can be explained by their polycationic nature, which facilitates interactions with anionic macromolecules (such as DNA and RNA) and negatively charged groups of membranes. They are implicated in a wide range of biological processes including cell division and growth, morphogenesis and differentiation and responses to biotic and abiotic stresses. The most abundant PAs in plants are putrescine (Put), spermidine (Spd) and spermine (Spm).

Our lab study the role of polyamine and their metabolism during process of somatic embryogenesis, in connection with biotic and abiotic stresses and in autophagy. 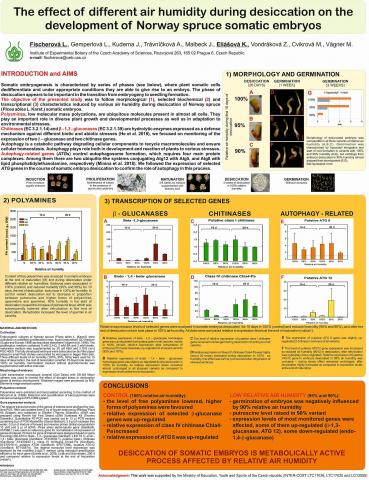