Embryogenic cultures of Douglas-fir were induced from immature zygotic embryos. They proliferate as embryonal masses, however, in some lines of Douglas-fir, non-embryogenic cell (NECs) clusters interspersed with early somatic embryos (SEs) were observed. In order to evaluate the differences between lines we wanted to quantify the proportion of the SEs and NECs in the embryonal mass. For estimation of this proportion (volume density) we used stereological point-counting method based on counting points of the test grid falling in the tissue under study. 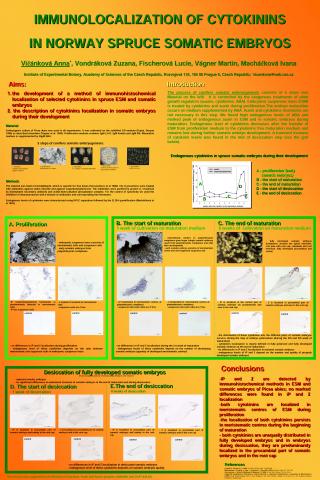